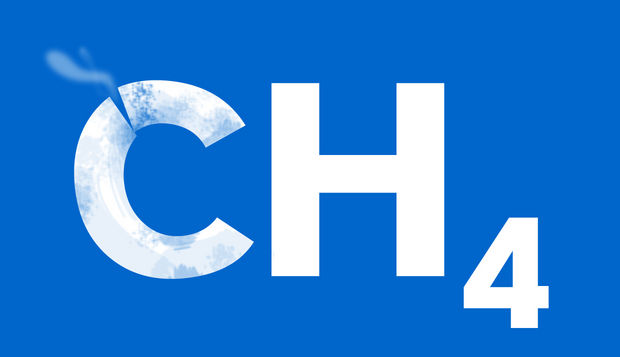 A team of scientists led by Professor Martin Warren, of the University of Kent’s School of Biosciences investigated how a key molecule, coenzyme F430, is made in these bacteria.
Although F430 — the catalyst for the production process — is structurally very similar to the red pigment found in red blood cells (haem) and the green pigment found in plants (chlorophyll), the properties of this bright yellow coenzyme allow methanogenic bacteria to breathe in carbon dioxide and exhale methane.
[ads-post][right-side]
By understanding how essential components of the process of biological methane production, methanogenesis, such as coenzyme F430 are made scientists are one step closer to being able to engineer a more effective and obliging methane-producing bacterium.
The research teams have shown that coenzyme F430 is made from the same starting molecular template from which haem and chlorophyll are derived, but uses a different suite of enzymes to convert this starting material into F430. Key to this process is the insertion of a metal ion, which is glued into the centre of the coenzyme.
If the process of biological methane production (methanogenesis) could be engineered into bacteria that are easier to grow, such as the microbe E. coli, then engineered strains could be employed to catch carbon dioxide emissions and convert them into methane for energy production.
Materials provided by University of Kent.
Journal Reference: Nature, 2017; DOI: 10.1038/nature21427
171
Share FacebookTwitterWhatsApp